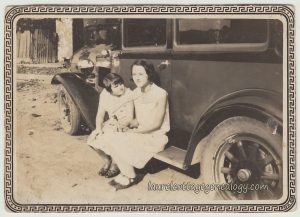 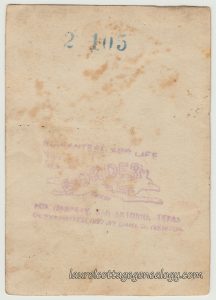 There’s a good story in this moment, for sure. The phrase, “a pointed look” comes to mind – that which the young girl is directing toward her…..would you say, older sister? If siblings, that might explain the hostility 😉 Or, do you imagine, that the one girl is just very engrossed in what the older one is saying (is she talking?) Personally, I love these old photos from the ’20s and ’30s, with the front yards (if this is one, sort of) that were not expected to be showpieces (no lawns) and often with old hand-built wooden fences that are leaning. (Actually, that’s a very nice gate, but the fence is falling in, and the gate off-kilter.) Or, maybe if not a front “yard” this is a commercial or semi-commercial street view. I’m now imagining some sort of auto servicing business. When you enlarge the image you’ll see that there is a second car in this photo and then also a third person, who’s standing behind it. We’ll check with the experts on the Antique Automobile Club of America forum, for the make, model and year of the car in the foreground. 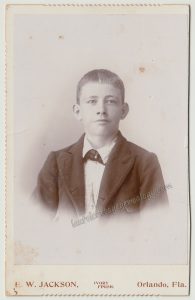 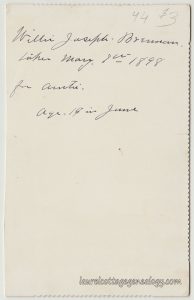 Seemingly, the last name for this handsome lad is Brennan. (It’s so easy to scribble names when we know them.) Other possibilities were tried. Nothing showing up for him online, like his possible sister, Gertrude Brennan, in our prior post. Unusual, since we have his full name and that he was born in June of 1884. Both cards were found together in an antique store in California. City directories for this time period in Orlando are not available (in a quick search). Nothing showing in census and newspaper records, death records, etc., at least without getting into hours and hours of searching.

Some info and a photo (!) was found on the photographer, E. W. Jackson. He’ll be upcoming in the next posting…(well, almost next). 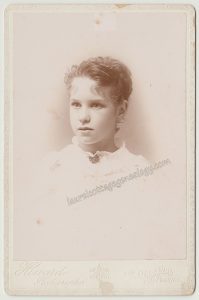 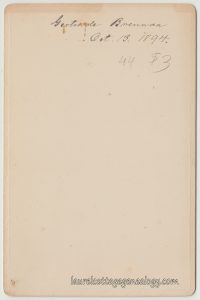 A beautiful, young lass of Irish descent:  Gertrude Brennan, taken in Orlando, Florida on October 13, 1894. We’ll do some research this weekend for her. The next post will be a possible relative, a portrait of a young lad, Willie Joseph Brennan. They are possibly siblings but we’ll find out. Just getting this one up quick-like for Saint Patrick’s Day.

Well, very surprisingly, nothing was found for Gertrude in the usual search places online (census, city directories, newspapers, etc.) It’s possible, too, that the date on the back is Gertrude’s birth date, rather than date the photo was taken, but a broad search under dates was tried. Also, tried with potential brother, Willie or William Joseph Brennan (see next post). The photographer, Howard, is possibly Clarence E. Howard, born PA, about 1858. City directories for this time period in Orlando, seem to be unavailable. (This is just in a general, quick search.) And maybe the Brennan head of household exists in directories that are not digitized, at Orlando libraries, perhaps. 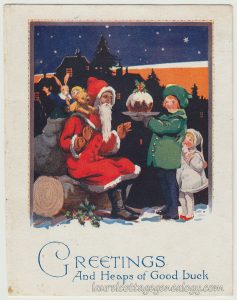 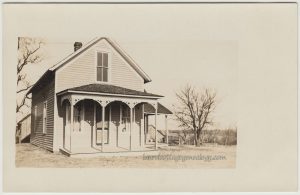 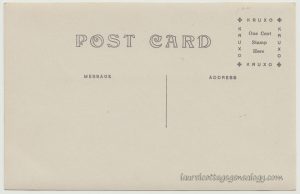 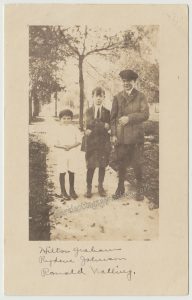 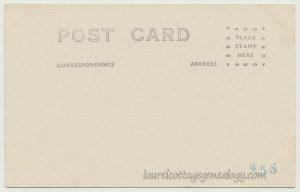 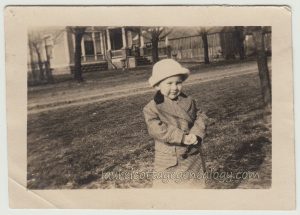 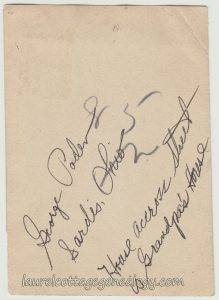 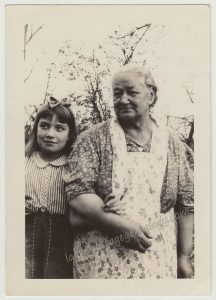 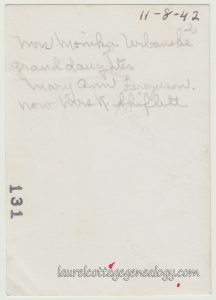 We’re taking a mini-virtual vacation to the Café Flore (Flora Café), 172 boulevard St-Germain, for some relaxation and conversation – back to what appears to be the 1920s. After much clicking on videos recently, I’m taken with the idea that we could push the play button and have this scene come to life (!) But enlarge to get your imagination going on the stories evolving…..There’s the group of men on our left, one in uniform; the couple; the two girlfriends deep conversation; the two separate gentlemen in hats and overcoats; the woman with her young daughter, waiting for traffic to clear; the group of three who appear to have been caught in a delighted chance encounter; the man with hands in pockets at the curb; the man with the briefcase looking as if he’s hailing a cab; the others in blur, caught in motion, and those in the background or partial shadow; and last but not least, the contented-looking young woman at the second story window, arms folded, surveying the scene below. 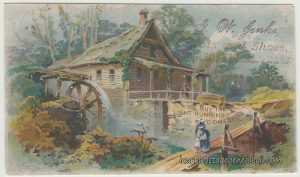