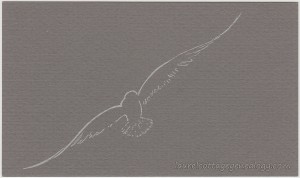 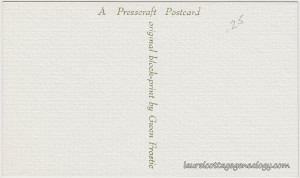 I wonder what Gwen would have named this one. This is, like the back says, from an original block print by Gwen Frostic. Michigan-born Sarah Gwendolyn Frostic (1906 – 2001) was  “…one of America’s foremost nature inspired artists.”   I hadn’t heard of Gwen before finding this postcard, but the seagull reminded me of heavenly times spent in Northern Michigan, so I was tickled to discover that the correlation (specifically Northwestern Michigan – Benzie County, south of Crystal Lake) happened to be correct. 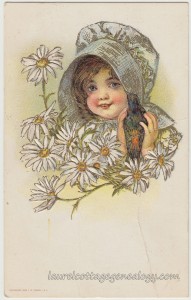 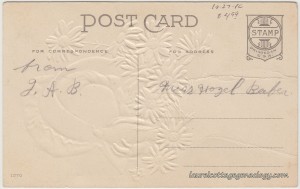 Rosy-cheeked little girl in bonnet and blackbird (not really a red-winged blackbird, but maybe so with artistic license 😉 or maybe a starling with the light reflecting off the feathers) are one. By her expression we imagine this is a commonplace occurrence – animals and birds are always drawn to her, but she happens to be playing this time in a field of daisies (it’s like the artist captured a close-up), and it’s the sweetest thing:  how she lovingly holds the bird up-close to the bill of her bonnet, how the bird’s gaze is turned towards her face…

This card is addressed to  “Miss Hazel Beeber”  and signed, it looks like,  “from J.A.B.”   The stamp box shows a nice design and that the card was printed in the U.S.A. 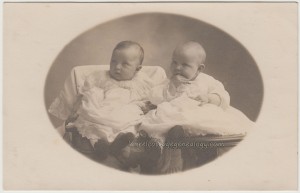 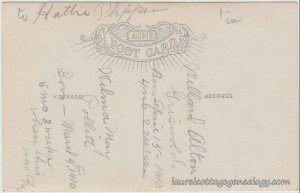 A well-identified couple of children (nice!) The back of this Real Photo Postcard with ACME (doesn’t that remind you of the Roadrunner and Wyle E. Coyote?) header gives names, birth dates and ages of the two babies, as well as who the card was given to. Presumably left to right:  Willard Alton Griswold, born April 15, 1910, four months, two weeks old; and Wilma May Pollitt, born March 4, 1910, five months, three weeks old; postcard given to Hattie Phippen. Willard was the son of Ralph Griswold and Edith (Sears) Giswold and Wilma was the daughter of Harry and May Pollitt. Both children were born in Iowa. 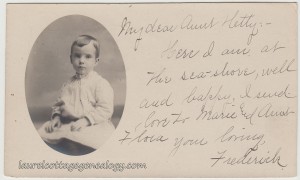 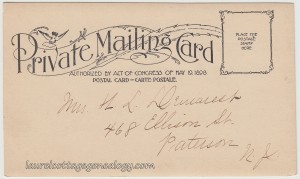 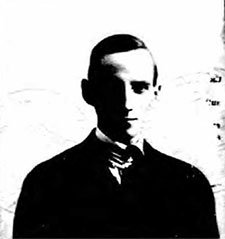 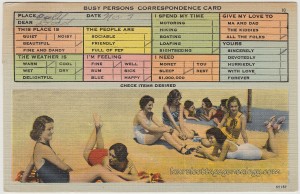 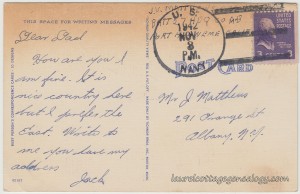 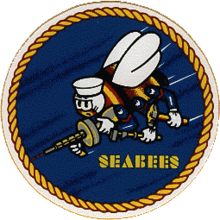 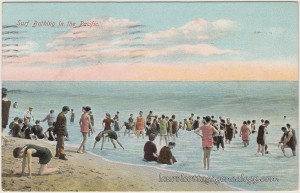 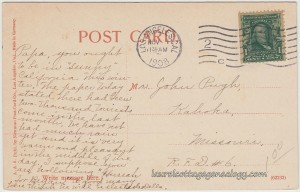 Here’s a colorful card of a southern California beach scene, with reports about the weather, the tourists, and the 1908 presidential race. “Bryan” was William Jennings Bryan, the Democratic candidate who ended up losing to William Taft. Note that the postmarked date of the card shows just two days prior to the election.

“Papa, you ought to be in ‘sunny’ California this winter. The paper today stated there had been two – thousand tourists come in the last month. We have not had much rain yet and it is very warm and pleasant in the middle of the day. I suppose you are holloring ‘Hurrah for Bryan.’ A good many here think he will be elected. Della.” 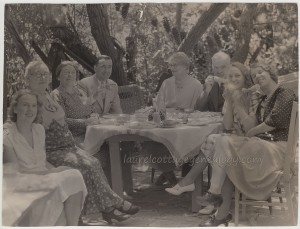 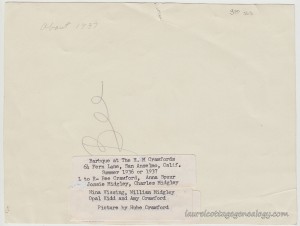 A great one for the 4th of July, and so nice to have the people identified on the back, in typed print, no less. As indicated, this photo was taken by Hube Crawford in the summer of either 1936 or ’37. The location is 64 Fern Lane, San Anselmo, California. Left to right are:  Bee Crawford, Anna Spuur, Jossie Midgley, Charles Midgley, Nina Vissing, William Midgley, Opal Kidd and Amy Crawford.

Besides the beautiful, smiling people, note the lovely linen tablecloth, the corn on the cob, the candle and pine cone centerpiece, the round, evidently late 1930s-style eye wear, the wicker chair, the heavenly setting under the big tree, (the hanging pine cones almost look like a string put up for decoration – were they? and if so, what a great idea) and last but not least, the dressy attire for all! 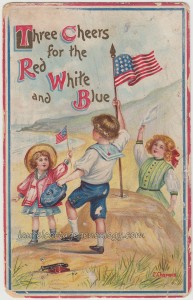 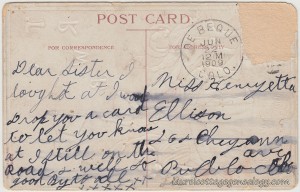 Who was artist C. Chapman for this 1909 postcard? We found multiple references and many examples of patriotic views identifying this person as New Jersey native, Cyrus Durand Chapman (1856 – 1918). This card, rather the worse for wear and tear, is another from the Alice Ellison Collection, and was sent to,  “Miss Henryetta Ellison, 268 Cheyenne Ave., Pueblo, Colo.”  The sender wrote:

“Dear Sister. I thought I wood drop you a card to let you know I still on the road & well so good By to all. xxxxxxx.” 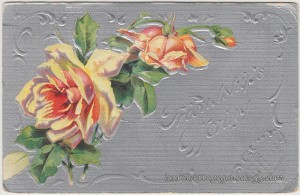 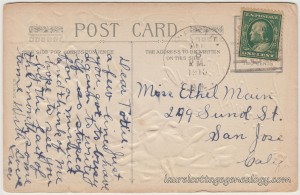 Here’s the third in a little mini-series in the Ethel Main Collection. This one shows that her nickname was “Tottie” rather than “Lottie” as one might think from the handwriting on some of the others. Since there is more than one Ethel Main, and preliminary forays into this possible branch of the Main Family have shown that research time will be lengthy, we’ll save that part for later, after the rest get posted. The card is addressed to:

“Dear Tottie. Just a few lines have you got to busy again to write if so stoped for a minut and think of me. hope to see you by the last of the month some time. With Love, Lucy.” 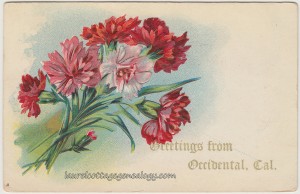 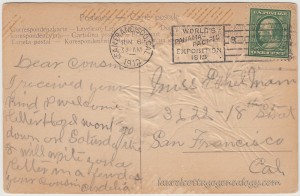 The meaning of the word occidental is “Western” as opposed to oriental meaning “Eastern.” (Never knew that.) Occidental is a small town in Sonoma County, California, that was founded in 1876 as a railway stop on the North Pacific Coast Railroad, connecting Cazadero to the Sausalito ferry. Occidental was originally called Howard’s Station, after local landowner and Danish immigrant,  “Dutch Bill” Howard (real name Christopher Thornassen Folkmann), who granted the railway access from his land. Present day online browsing shows a lovely spot that we naturally now want to visit, in the wine country of Sonoma County, nestled in the Redwoods, near the Russian River…beautiful B & Bs…

But this card, with an illustration of pink and red carnations, is another in the Ethel Main Collection. Addressed this time to:   “Miss Ethel Main, 3622 – 18th Street, San Francisco, Cal.”  And the sender wrote:

“Dear Cousin, I received your kind & welcome letter. Hope[?] I wont go down on Saturday the 8. will write you a letter in a few days. your Cousin Cordelia.”

Cordelia’s writing is a slightly hard to read but there is at least an easy way to verify part of the message:  The 1912 calendar for June, shows that June 8th was indeed a Saturday; this card bearing the postmarked date of June 6.