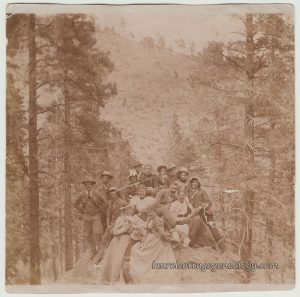 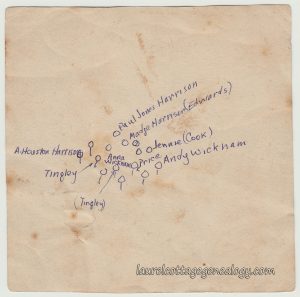 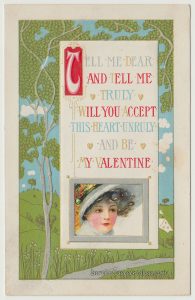 And tell me truly

And be my valentine”

The leaves on the trees are all hearts!

This card is rather a beauty. The insert on the insert, so-to-speak, is really gorgeous, the colors, the woman’s sweet expression, her soft scarf in folds up to her chin, the lovely hat, fashionable curls….Whoever the artist was, we appreciate them! Also, it has a winter-y look and that always goes well with the spring view behind it. I think this was a not uncommon theme, true, maybe inadvertently in this one, but displaying that feeling that we’re still in winter but spring is just ahead.

Lillie and Edith were neighbors, from the 1920 Federal Census for Port Vue, Allegheny County. Edith is Edith R. Welsh, born in PA about 1888, daughter of the widowed Genevra B. Welsh, and with younger siblings Nellie B. and George F. Welsh. House address 1700 Liberty Way.

As for the publisher, I’m not finding them yet, the logo shows a capital B within a diamond shape, just very simple. Both the publisher mark and the distinctive “Post Card” design on the reverse were searched in Walter E. Corson’s Publishers’ Trademarks Identified, but a match was not found. 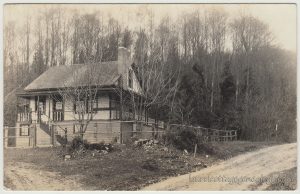 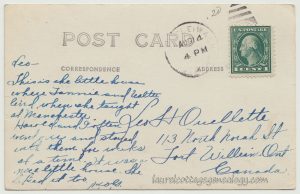 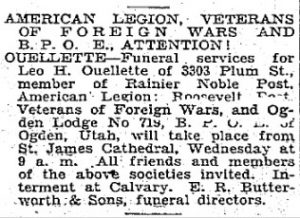 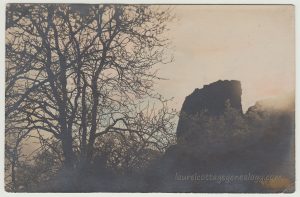 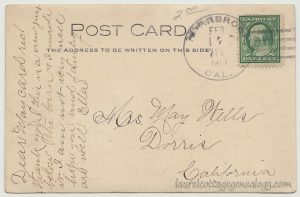 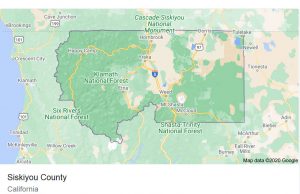 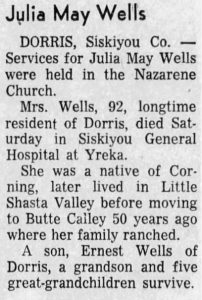 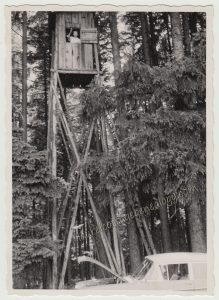 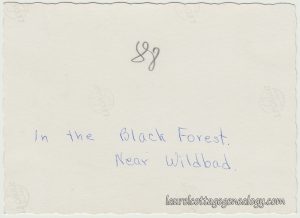 “In the Black Forest. Near Wildbad.”

Baumhaus is the German word for treehouse. And this one is a narrow wooden structure setting atop numerous tall poles which are criss-crossed in the center for stability. Wonder if it could have been a ranger station (reminded now of Ranger Gord on The Red Green Show 😉 ) But, for sure, it must have been great fun to climb up the ladder, enter the rather narrow “house” and wave down below to your family, like the boy in the photo is doing. We presume the shot to be from the 1950s; a detailed look at the family car might narrow the time-frame, maybe we’ll get to that in the near future.

The printing out paper used for the photo appears on the back as Leonar – a German company with lots of history. Here’s a great blog article for them:  Leonar-Leigrano photographic paper, R. I. P.? 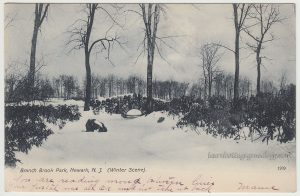 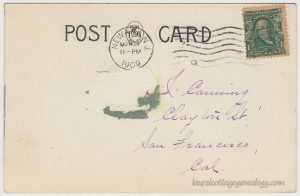 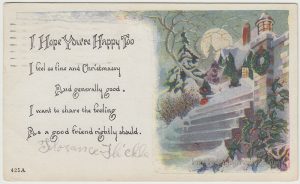 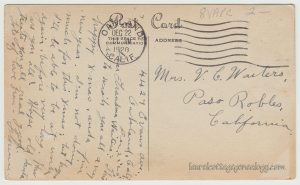 “I Hope You’re Happy Too

I feel so fine and Christmassy

As a good friend rightly should.”

These postcard captions are funny sometimes, which is definitely part of the charm of the old cards. And well, imagine trying to come up with something slightly different for yet another Christmas postcard….As for the illustration, it’s beautiful – a full moon lights a wonderful view looking up a set of steep steps (be careful on the way down!) toward a manor house, we presume (due to the grandeur of the approach).

4427 Evans ave., Oakland, Calif. Dec. 21, ’20. Dear Grandma Waiters:  This is to wish you happy Xmas, and a fine new year. I’m not doing much for this Xmas; but hope I’ll be able to be at work again before very long. How are you all? Hope old Santa treats you all real good. Lots of love from – Florence.”

V. C. Waiters is Vesta C. Waiters, wife of William A. Waiters (second marriage for both) found on the 1910 Federal Census for Paso Robles, born Iowa, about 1847. Her name at birth was Vesta Catherine Fry. On the 1920 she is widowed, head of household in Paso Robles; with her is her brother William H. Fry and granddaughter, Sarah E. Gesser. Curiously, nothing definitive was found for Florence Thickle in records, though we did not trace the grandmother-granddaughter relationship as that tends to be quite time-consuming. Florence must not have been at the Evans Avenue, Oakland address for very long as city directories show a different family in 1920. 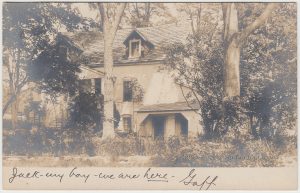 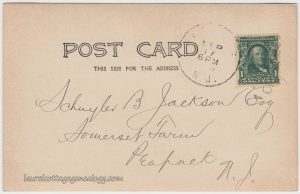 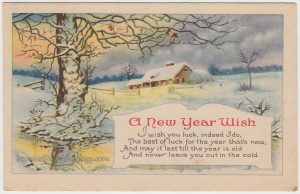 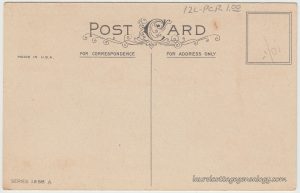 Divided back, unused postcard. Circa 1920s. Publisher unknown. Series 1258 A.

“I wish you luck, indeed I do,

The best of luck for the year that’s new,

And may it last ’till the year is old

And never leave you out in the cold.”