N. Moser of  “Copyright N. Moser,  N.Y.”  was Norbert George Moser, photographer, electrician, sailor and publisher of Real Photo Postcards, most noted for his naval views. And, though certainly Moser would not have taken all the photos that show his copyright, one assumes he would have taken quite a few, since his time in the U.S. Navy numbered about twelve years. Below, a brief time-line: 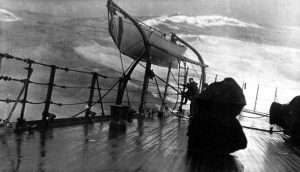 Circa 1913 – 1919, could be December 1913, per prior post. Above, an awesome view, entitled “Quarter Deck Seas” one of many photos to also appear as a Real Photo Postcard, copyright N. Moser, N.Y. Did Norbert Moser take the actual photo? Probably his navy service record would need to be ordered to get a full timeline of what ships he served on and when, in order to get a better idea. This one is described as:  View looking aft on the main deck of USS Vermont (Battleship # 20), while she was steaming in heavy seas during the Nineteen “teens”. Note man standing by the ladder leading to the quarterdeck whaleboat.

1914 – May 23, 1914, Chelsea, MA, married Julia R. Hall, a Medford MA dressmaker, born about 1889 in Gardner, MA, daughter of Stephen A. Hall and Clara P. Adams. Norbert Moser’s residence address at the time of marriage was the U.S. Naval Hospital, where he is listed as an electrician. 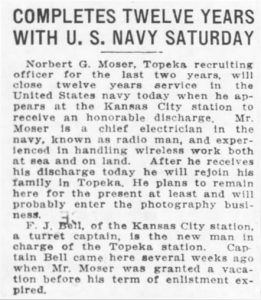 1917 – Served as chief electrician at the Naval Recruiting Station for a few days, and then on board the U.S.S. New Jersey, April 9 and discharged October 15, 1917 at Yorktown, VA. 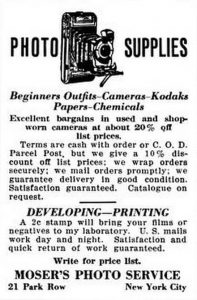 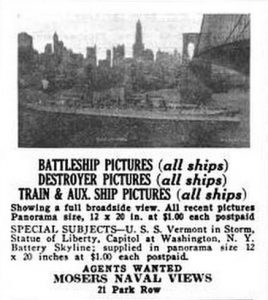 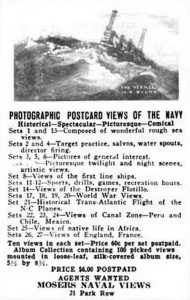 1921 – Above, three of Moser’s ads, including one showing the well-known Vermont in Storm view, from a May 1921 publication of Our Navy. (Great reading if you have the time!)

1940 – U.S. Federal Census – divorced, still living in Chicago, listed as a photographer and employer in the commercial photography field.

Our Navy, the Standard Publication of the United States Navy, May 1921. Volume 15. (Google eBook). 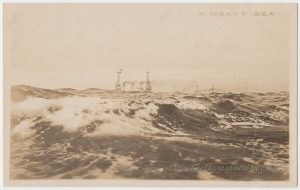 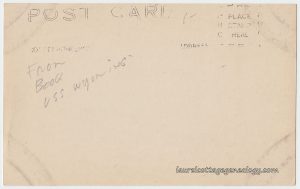 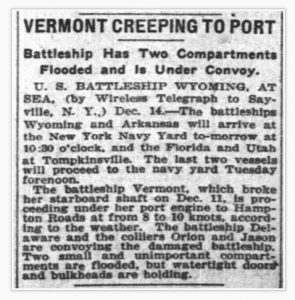 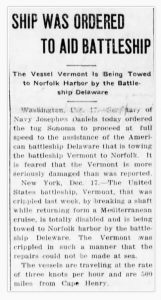 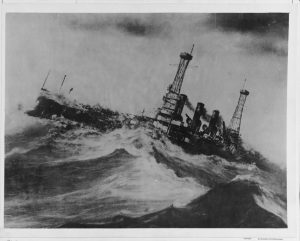 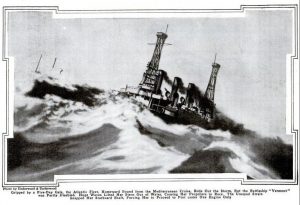 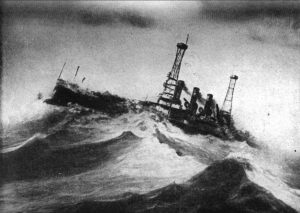 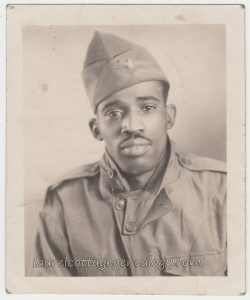 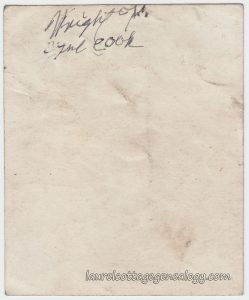 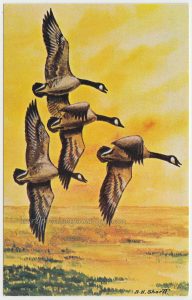 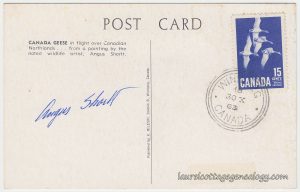 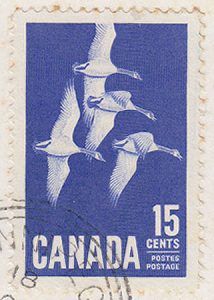 “Canada Geese in flight over Canadian Northlands . . . from a painting by the noted wildlife artist, Angus Shortt.”

You’ll notice that the postage stamp’s design is that of the four geese in the postcard which was taken from one of Angus Shortt’s paintings, but if you look closely at the enlargement of the stamp above, you’ll see that the placement of the geese, and the geese themselves are not identical. We found a 1948 vintage bookplate art print for sale on eBay and wonder if that image (though quite a bit different) was the original that the card and stamp were designed from, and if so, if it was the artist or the publisher (with artist’s permission?) that did the re-designing, or if there was another painting they were taken from. Just wondering briefly in passing….Here’s a short bio from Memorable Manitobans: Angus Henry Shortt (1908 – 2006). And in noticing which birds are honking and which not in the images above….gosh this brings back memories of being outside and….what’s that noise?…looking up and seeing the “V”….ahhhh! a whole flock of Canada Geese on their way (south, I guess), many honking in flight. What a glorious sight and sound! 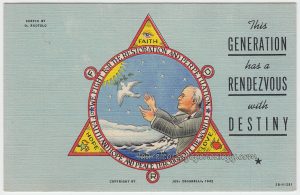 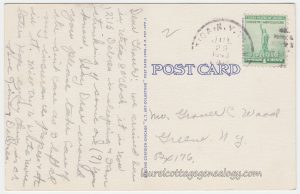