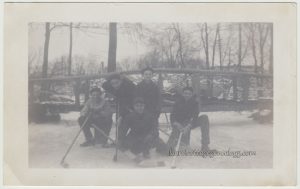 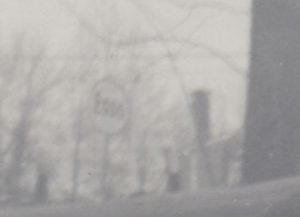 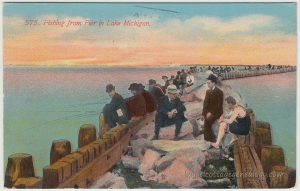 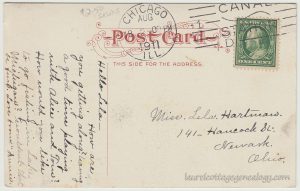 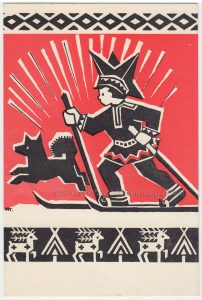 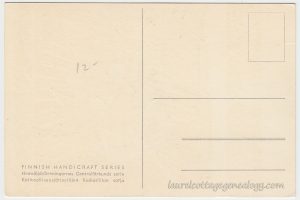 The date is unknown for this postcard, as no other cards were found online under any form of the back description:

Finnish Handcraft Series. Hemslöjdsföreningarnas Centralförbunds serie. Kotiteollisuusjärjestöjen Keskusliiton sarja. Maybe 1950s – 1980s as a broad guess. The artist’s initials “H. T.” appear at the bottom-left of the cross-country ski scene. Underneath are a reindeer and tree motif and above a diamond pattern. This is just a beautiful card. And that’s a Sami (Saami) man in traditional dress with a Four Winds Hat. I love the dog in mid-spring! as in bounce, that is. If you’re weary, the dog’s exuberance will rejuvenate you! 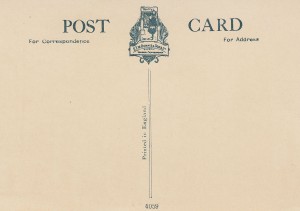 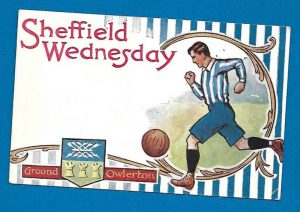 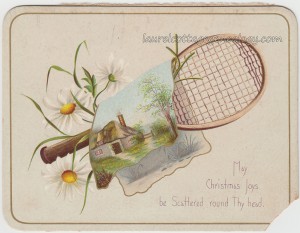 “May Christmas Joys be Scattered round Thy head.”

Here’s an unlikely looking Christmas card, and it continues the topic of a few posts ago – non-traditional cards. No snow, no trimmed tree, no manger scene or Santa Claus, but instead some beautiful daisies, along with a summery card, and a tennis racquet in the middle of it all. This is for when you’re hoping for summer to return, to get back to the courts. Christmas joys scattered round thy head – like tennis balls you loft before the serve or the shots coming at you? I like the “card within a card” idea. It’s very nicely done, with the shadow included. You just naturally want to open that card up all the way, to see what it might say inside. There’s an old piece of gauze-type tape running along the top back edge, which you can see a little of here, along with some glue marks on the back. This might have been inserted in one of those old photo albums with the sort-of built in paper frames on each page, then taped to the back. But anyway, this was a must-have since it is so unusual. 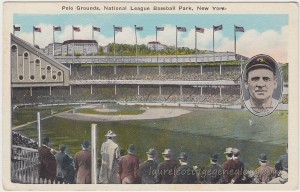 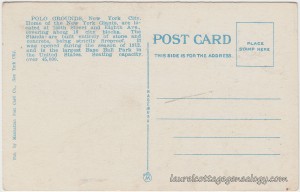 Here’s one in keeping with the season:  October…nail biting time if your team has made it to the playoffs…The description on the back states:

“POLO GROUNDS, New York City, Home of the New York Giants, are located at 155th Street and Eighth Ave., covering about 16 city blocks. The Stands are built entirely of stone and concrete, being strictly fireproof. It was opened during the season of 1912, and is the largest Base Ball Park in the United States. Seating capacity over 45,000.”

A postcard with the same front and back (except for the publisher info – there were different publishers using the same front image) which is postmarked January of 1923, was found on eBay at the time of this post. That is former player, manager, and Hall of Famer John McGraw (1873 – 1934) in the insert. McGraw managed the New York Giants from 1902 – 1932. Anyway, the similar card showing on eBay was most helpful in estimating the date. However, a Wiki article indicates the stadium was being expanded for seating capacity during the 1923 season, and the article below on the left, clipped from the Brooklyn Daily Eagle, dated June 1, 1923, seems to indicate the expansion wasn’t completed. One might wonder then how the caption on the postcard back would already be talking about the expanded seating capacity of over 45,000. Was the postcard printed in advance? A second article was found in the Hornell, New York Evening Tribune, dated April 16, 1923, which sheds a little light on the question. The card must have indeed been printed in advance from whatever information was available regarding the expansion project. So, perhaps this postcard was published in the latter part of 1922, or early in 1923. 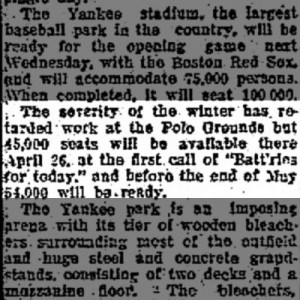 The next image is part of a clip from a 1921 New York Times spread, but is just included here to get a feel for the era, as it includes photos of players and managers (including John McGraw) for that year’s World Series between the Giants and the Yankees. And it mentions how in 1911 the Stadium had been destroyed in a fire, hence the emphasis in this postcard description regarding the stadium being fireproof. 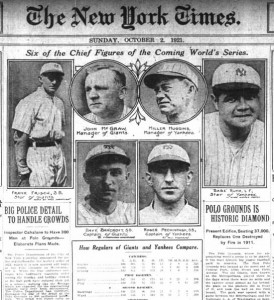 Back to 1923 again – who won the World Series that year? The Yankees beat the Giants in six at the Polo Grounds. And 1923 was a historic year for the Yankees:  It was their first of twenty-seven (as of 2014) world championships. Here’s part of the Hornell, New York Evening Times Herald page dated October 15, 1923: 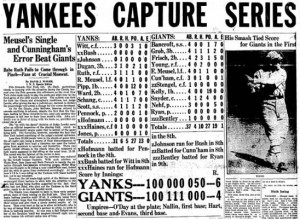