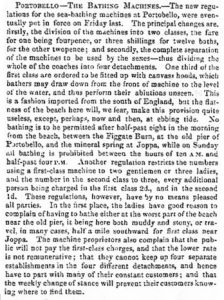 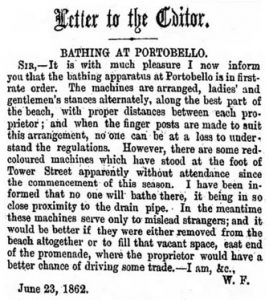 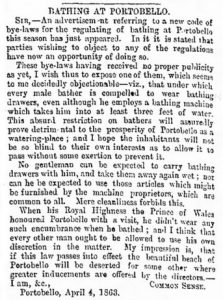 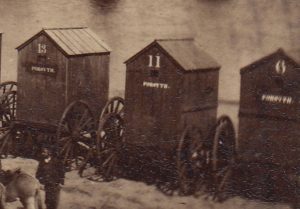 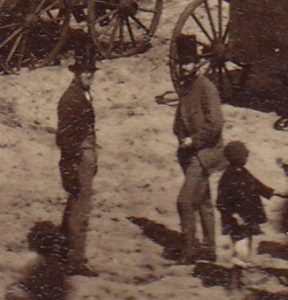 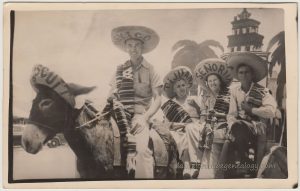 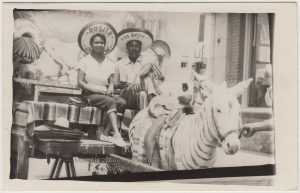 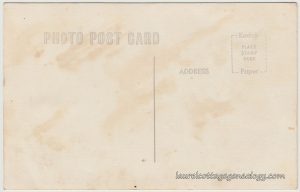 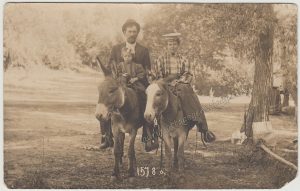 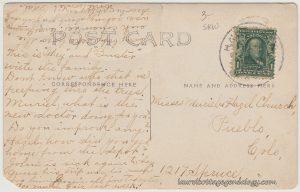 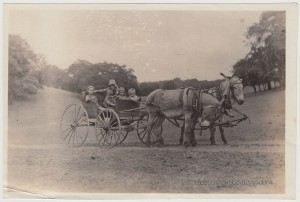 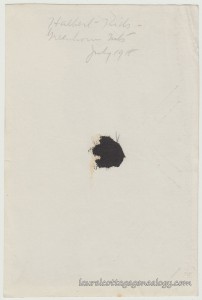 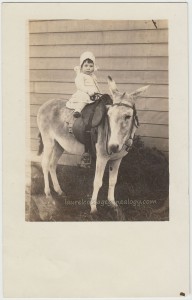 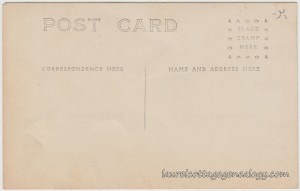 Here’s a great “photo day” shot of a little girl, about two years old, perched on the back of a donkey. She looks like an old hand up there holding the reins, and the donkey’s expression is so sweet. 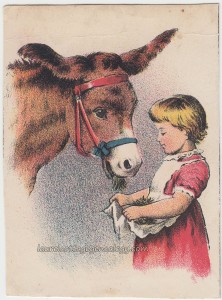 Adorable small print of a little blond girl and her donkey. At least I think that’s a donkey. The girl wears a red dress and has her white apron extended for holding the greenery that her donkey is eating. The donkey in particular has such a sweet expression. There is nothing on the back except for the markings of the scrap book glue, but someone surely appreciated this image since it’s survived for so long. Estimated date 1890s. 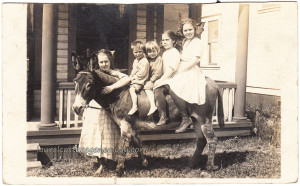 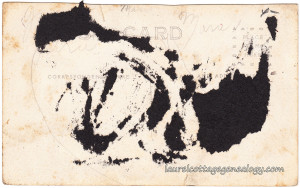 An ever-so charming Real Photo Postcard of five beautiful children, and one beautiful donkey. The four youngest kids are lined up astride the animal and the oldest, a girl, stands with her arm gently draped over the donkey’s neck. That looks like the seat of a bicycle just behind the girl’s arm, so there must have been a bike on the porch. There is some writing on the back of the postcard, along with part of the black photo page that the postcard was glued on. The writing shows the same name written a few times; maybe one of the girls was practicing her penmanship; and the name looks like it could be Maria. The divided back plus AZO stamp box, with all four triangles pointing upward, indicates an approximate date for the postcard of 1907 – 1918.