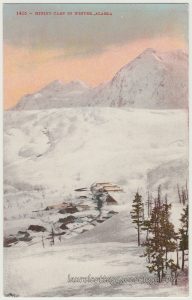 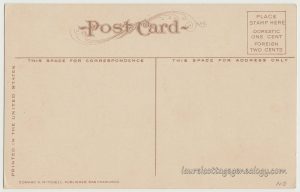 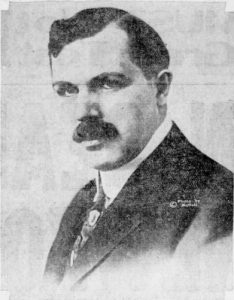 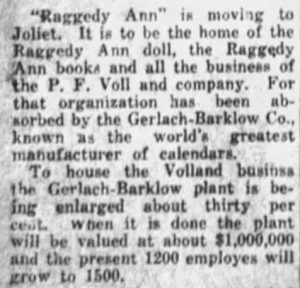 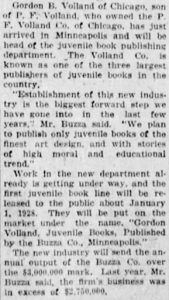 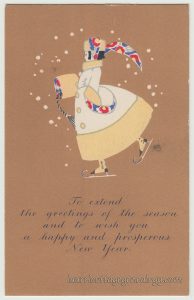 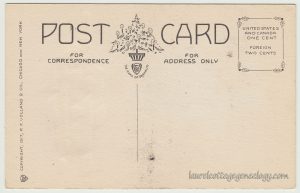 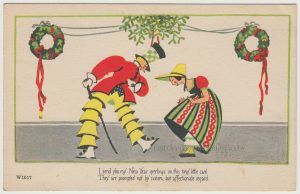 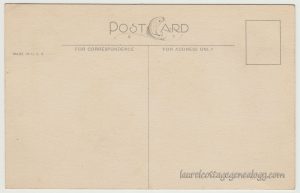 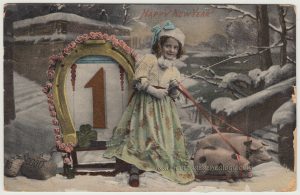 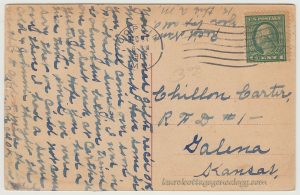 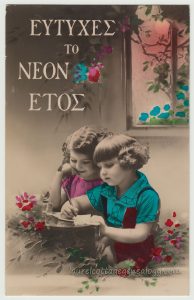 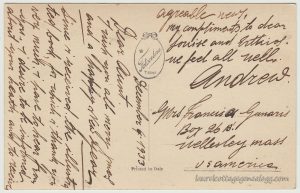 The sender wrote:   “December 6 1933      Dear Aunt. I wish you all merry xmas and a happy New year. Since I received the illustrated book, for which I thank you very much, I have to hear from you. I desire to be informed about your [health] and to receive agreeable news. My compliments to Louise and Erthios[?]. we feel all well. Andrew.”

Frances appears on the 1930 Federal Census for Needham, born about 1883 in Massachusetts, parents born in Bavaria, married, with son Theodore, who was born about 1909 also in Mass., father born in Greece. Frances’ husband is not listed on this record.

As it turns out, we have another card from the Gunaris family, that we posted back in April 2018. See Chebeague Island, Maine 1923. 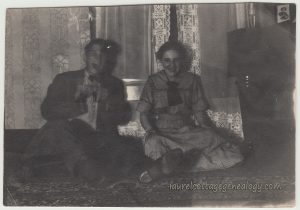 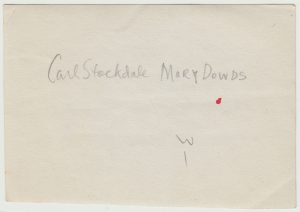 Here’s a great one for New Year’s Eve, a couple of partiers…..even though probably this was not taken in winter. Is that an open window? In any case, it’s Carl Stockdale and Mary Dowds seated on the floor and having a great laugh. We’ll have to research for the possible year according to Mary’s style of dress, for starters. But for now, just to get this one posted…..and Happy New Year!

It’s fun to pick out the details in old photos. Notice the photo within a photo on this one, top right, and the nail pattern in the sole of Carl’s shoe. (Another possible clue for the age of the photo?) And that’s a nice wallpaper pattern and then there’s the beautiful lace on the curtains. 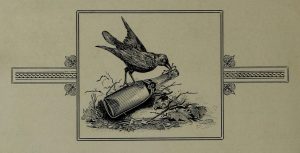 I love crows, so here’s a beauty, he’s opening a Pommery brand champagne bottle. This was cropped from the ad below that appeared in the winter 1915 edition of The Master Grocer. 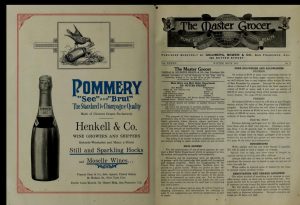 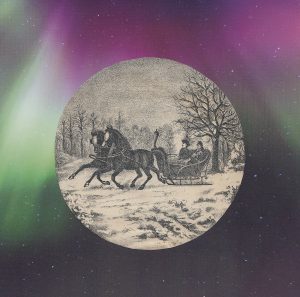 This was just a circular cutout from somewhere, that someone had saved, back in the day. It had made its way to one of the paper fairs or maybe an antique store, I don’t remember. The top and bottom had gotten a little scrunched but you can’t notice it in the image. And in looking for a background to scan it on (always a fun search!) I noticed our wall calendar for this year which was all photos of the Aurora Borealis. So, I got kind of enamored of the idea of this couple, and their team and sleigh, sort of floating in space in a sky of magical Borealis colors and lights (What would be the translation into music? Surely something so beautiful!)

And note in the closeup below, the carved figurehead with draping wings of what is probably a peacock. Searching online we find that there were many stunningly ornate sleighs crafted in prior centuries, including those with figureheads. Click here to see some examples that others have posted. 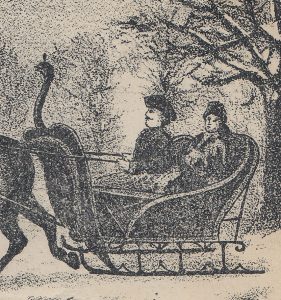 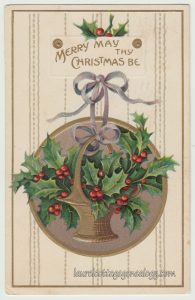 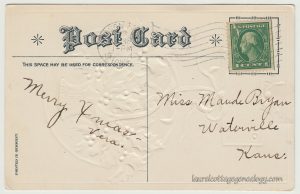 Merry May Thy Christmas Be