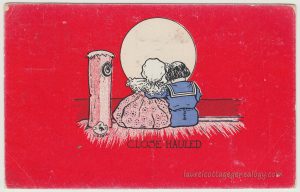 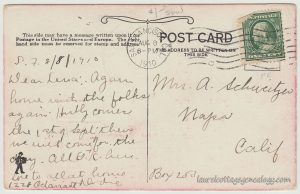 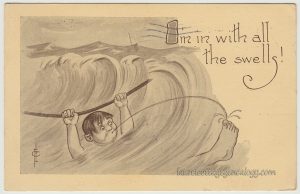 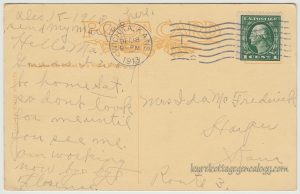 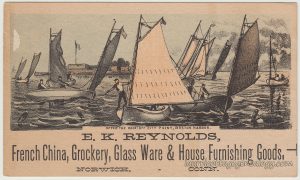 “After the race – off City Point, Boston Harbor.”

Yep, that’s a typo there – of course, they meant Crockery. And in checking the internet, this card is the only one that we see right now for E. K. Reynolds. It’s in good condition, other than the white mark, top left-hand side of the card, which is paper that had gotten stuck to it, at some point. The lithograph company name is printed in the waves there on the bottom right.

Edward Kennard Reynolds was born December 3, 1834 in Cecil County, Maryland. He married Fannie Foster and they had two daughters, Bennibel and Nellie. Edward died September 5, 1884, and from city directories, Nellie carried on the family business for a while. The last mention found (in a quick directory search) is for Mrs. E. K. Reynolds, in 1890, business address 159 Main and 17 Shetucket. The earliest directory found was for 1878.

A snapshot found in a loose box of photos, location and ship name are unknown, and the date is unknown. If you enlarge the photo you’ll see three men in non-military type hats, that are walking with the officers. Maybe they are dignitaries of some sort. 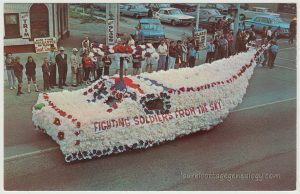 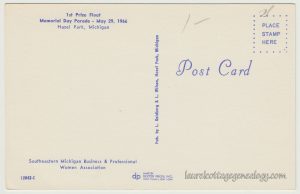 It’s always exciting to find a card like this – filled, or nearly so, with words. You know it meant something to the person that wrote it – it was not a casual thing. (And for us, the reader – anticipation, often resulting in…..delight!)  This one is pretty special:

“A fish woman merchant. It is remarkable how there old women will balance and carry great heavy loads. They are always women – never have seen any men. One day I was walking on the road at a good pace one of these women with a basket like this on her head overtook and passed me. There was a tin can in the centre of the basket which looked like a milk can but whether full or empty I can’t say of course. On each side of the can was a live duck with their necks stretched out over the edge of the basket looking this way and that way evidently enjoying the scenery as much as any one would in a “rubber neck wagon.”

The term phototypie that appears before the photographer (or printer’s) name is, in English, collotype. 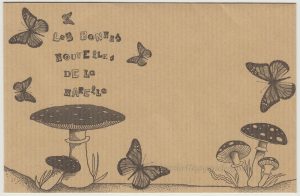 This one reminds me more of an underwater scene from a fantasy world:  mushrooms growing from the sandy ocean floor, “seaweed” gently rolling…. butterflies navigating a gentle current…..letters grouping together to form words….

But anyway, all are appearing on the front of an unused envelope put out by La Marelle – a French publishing company that produces work by various licensed artists, on stationery, travel bags, mugs, earrings and other items. (La Marelle translates as hopscotch.) 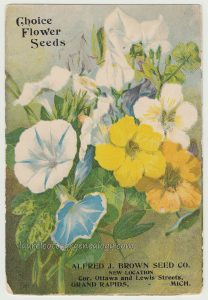 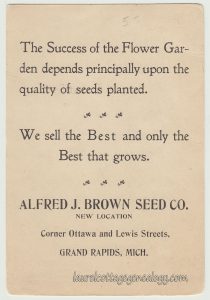 Trade Card for the Arthur J. Brown Seed Company, circa 1905.

Spring has already sprung and yesterday was a beautiful day with half the neighborhood out doing gardening. So, here’s a trade card with nasturtiums and morning glories from the Alfred J. Brown Seed Company out of Grand Rapids, MI.

“The Success of the Flower Garden depends principally upon the quality of seeds planted. We sell the Best and only the Best that grows. Alfred J. Brown Seed Co. New location Corner Ottawa and Lewis Streets. Grand Rapids, Mich.”

The ad below, appearing in March 1925, in The Daily Times (New Philadelphia, OH) indicates that the Alfred J. Brown Seed Company was established in 1891. Evidently, the company was quite successful since the most recent city directory found for them appears in 1946, address 37-45 Campau Ave. But our card above is from around 1905, since this is the first year they show up at the then new location, the southeast corner of Ottawa and Louis. The year prior they were doing business from 24-26 N. Division and 20-22 N. Ottawa.

From the 1900 Federal Census and Find A Grave, Alfred J. Brown was born December 1860 in England. He was married to Sarah “Sally” Thrasher, and they had two sons, Thomas and Robert. 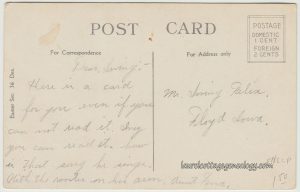 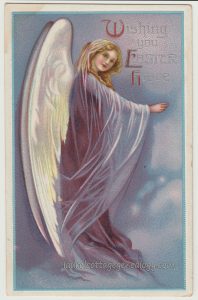 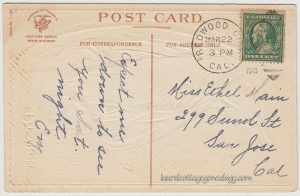