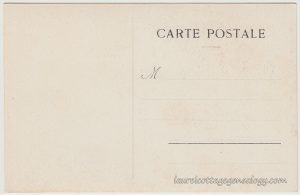 This one definitely ties in to the previous post:  An old French postcard in black and white, of a painting by N. George of Chief Deskaheh, the president of the Iroquois Council of Six Nations from 1917 – 1925:

See the Wiki entry on Deskaheh or Levi General (1873 – 1925) which includes the photo below taken 1922. The painting shown on our postcard greatly resembles the photo  (courtesy Wikipedia, originally from the British newspaper The Graphic) so may have been created around the same time. 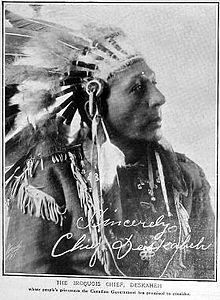 See The Last Speech of Deskaheh for more.

But since we like to solve mysteries here, who was the artist (peintre or painter) N. George?  Hmmm, for now, this question remains a mystery. Below, an article from the Pittsburg Daily Post dated December 17, 1922. 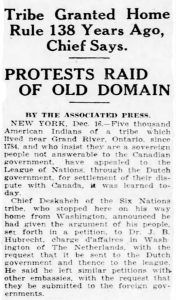 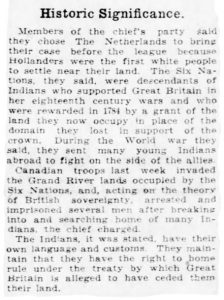