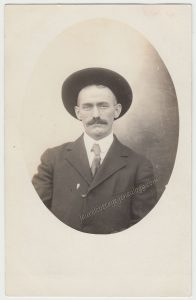 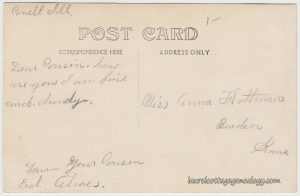 ” Cnell Ill.  Dear Cousin, how are you I am fine and dandy. From your Cousin Ed Aleves.”

This one’s a bit of a puzzle. I had sworn during research for the last post (in Burden KS via internet) that I’d come across the correct surname for this handsome gentleman. (A subcategory, that will hopefully be adhered to 😉 is being filed away somewhere “up top” entitled, “The Importance of Writing Things Down”.) His last name is hard to read in the signature. Alives, Alves, Aleves, Aluves, Alires were searched and how very odd now to be not finding the reference just previously come across. And the location he has written appears to be an abbreviation, possibly for Cornell, Illinois.

If Ancestry.com trees are correct for the marriage of Anna Flottman to Reason Leslie Moore on July 7, 1918, that narrows down the postcard time frame a little, since she was single when the card was sent to her. And for more about the recipient of this card, see the prior post. 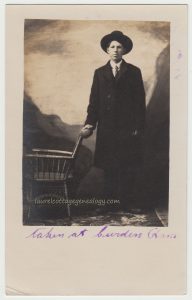 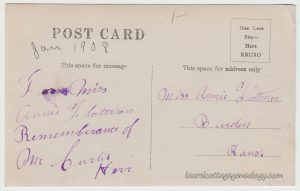 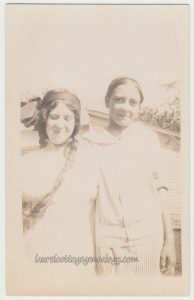 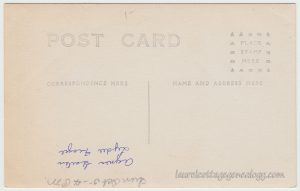 Two gorgeous girls:  friends (or perhaps cousins) Agnes Gartin and Lydia Frazee, which is which we can’t say for sure. Per the writing on the back the photo was taken Sunday, October 5th at 4 p.m., year not given. From census records Agnes was born in Oklahoma about 1900, daughter of Mitch C. and Rosa D. Gartin. (Rosa’s maiden name is McMillan per Ancestry trees.) And Lydia “Lydee” was born in Kansas about 1901, daughter of Bert L. and Lena Frazee (Lena’s maiden name is Carter per Ancestry trees.) Most likely, the photo for this RPPC was taken in Morton, Sedgewick County, Kansas, around 1915 or so. 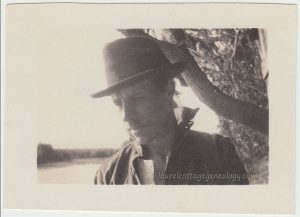 Sometimes we look at a photo of someone and we totally forget that they were not alone at the time, since, well duh! the person holding the camera was also there. This is one such for me. I think of this guy as a dad, having a few moments alone, but as always, engaged in the welfare of his family, the upkeep of which is often not easy….. 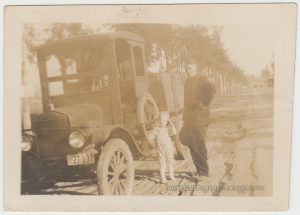 We’re continuing our day-late Father’s Day theme with a nice old photo, which we’re guessing is from the ’20s, but we’ll find out – according to whatever make, model and year the truck turns out to be. The two gents here are maybe a dad with his young son of about three, standing next to their vehicle, on the dirt shoulder of a tree-lined road.

The next thing in binoculars….

So, it looks like there’s writing on the inside of the truck, under the passenger side rear window, but we can’t quite read it. And further scrutiny yields another “arrggh” moment, in trying to make out the words on the sign posted on the tree trunk to our left. (Actually you probably noticed the tree sign first, but whatev 😉 ) If you stare at these kind of things long enough you sometimes get a flash of insight into what they say. Those ah-ha! moments are soooo great. Though, I like the process of imagining (the journey is it’s own reward, right?) having a pair of binoculars that works on old photos:  Just look through, adjust the dial, et voila! 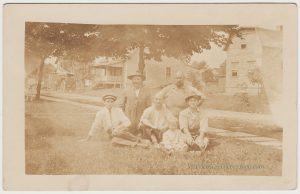 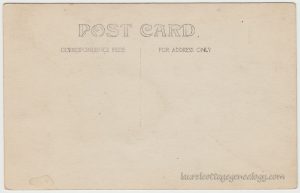 This is a late post for Father’s Day (surely there is a dad in this photo). Late since I was out of town for a week, and just getting back to LCG this morning. And what to name this one? I was struck by the variety of poses in this group of five men and one small boy, posing for the camera on their (or somebody’s) front lawn. I love the formidable stance and gruff expression on the gentleman in the rear – with the overalls, the mustache and the arms akimbo. As for the time frame, one of the best clues for dating this image should turn out to be the vehicle in the background (cropped and inserted below). Is it an electric car or a delivery wagon minus the horse? Hmmm, really not sure, but help should be forthcoming. 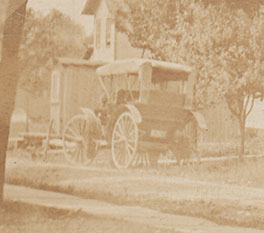 Going back to the top image:  that particular style of hat for the young man on our left, too…a newsboy cap? Note his use of sleeve garters and the skinny tie. We can also see that the shade trees, at least on this side of the street, are maple. And last but not least, under one of these maples, stands a little girl wearing a big hair bow, looking on.

One final thought for now….I love the bird-like shadow that has graced this photo, highlighted below, with the big wing out-stretched and the tail feathers….like a hawk or a thunderbird…or even a dove…. 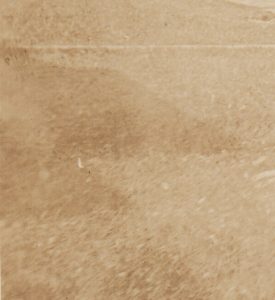 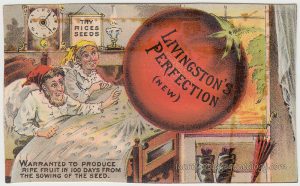 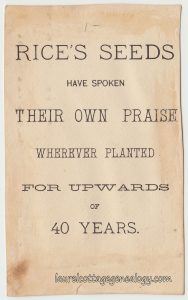 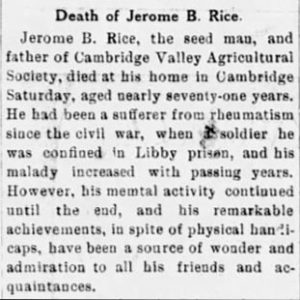 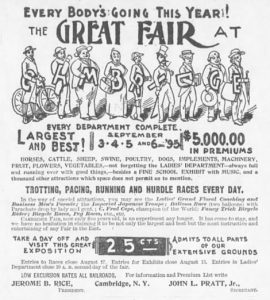