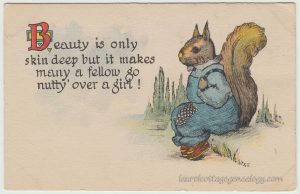 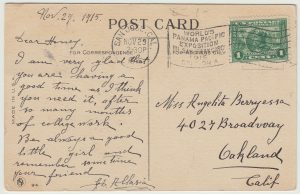 While we’re still in autumn……a squirrel dressed in overalls. This card is 104 years old to the day.

“Beauty is only skin deep but it makes many a fellow go nutty over a girl!”

The sender wrote:   “November 29, 1915.     Dear Honey, I am very glad that you are having a good time as I think you need it, after so many months of college work. Be always a good little girl and remember some time your friend. G. D.[?] Allasia.” 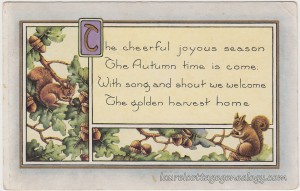 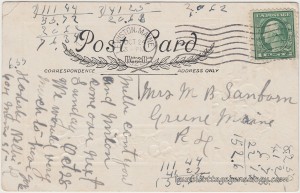